Countries across the world are rallying behind 5G connectivity and its implementation. Is it worth the hype? 5G promises a revolutionary leap for wireless technology. Verizon claims the best efficient 5G networks could bring speeds up to 200 times faster than the current 4G-LTE. A more conservative estimate around 10 times that of 4G is more realistic and latency from 10ms (4G) to about 1ms ping which is almost instant to the observer’s eye.

5G technology by employing millimeter waves when compared to microwaves in previous generations have a much wider bandwidth than 4G-LTE. Combining this with Edge computing will make many technologies a reality in today’s world which will affect all sorts of verticals in the Healthcare, telecommunications, Education, Banking and Manufacturing industries. In this blog let’s evaluate how 5G can bring about a transformation in IoT and manufacturing domains. 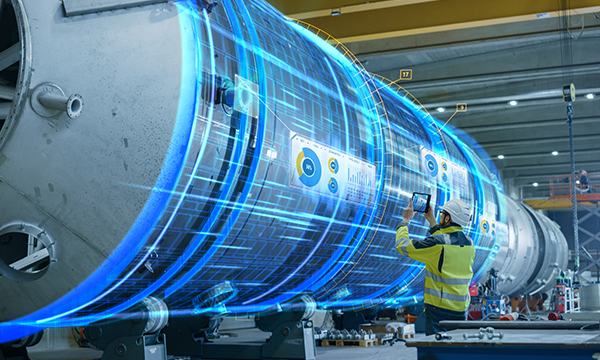 What is Massive IoT?

IoT today spans different industries such as healthcare (remote monitoring), sports, agriculture, manufacturing (connected devices and sensors) and so on. With 5G capable smart devices, it will be possible to transfer more data with shorter latency thereby resulting in exciting new use cases such as Massive IoT on the scale.

Massive IoT as the name suggests is categorized by its scale rather than speed as the deployments can include anywhere between hundreds to millions or even billions of interconnected devices. The primary goal here is to communicate using small chunks of data between a vast number of devices. The verticals that would benefit from this are wearables, smart cars, smart homes, cities and Industrial IoT (IIoT).

Existing IoT devices and gateways are well served by 4G-LTE, Low Power Wide Area (LPWA) or 3G wireless networks. Due to this, the devices and sensors are configured in a way to process and take decisions at the edge rather than sending the data to Cloud or external network for exceptionally large computational processes. IoT networks today are designed explicitly to only send noncritical data to clouds for analytics and critical data is processed on the edge. While this can be beneficial, it restricts the data set that can be processed on the edge. For example, High-Resolution WebCam image recognition using AI is not feasible on the cloud due to data transmission latency and performing this on the edge requires an expensive gateway and camera.

There are many such trade-offs that we can overcome by utilizing a 5G network for IoT data transmission between the Cloud and gateway. Below are some of the use cases which are possible today due to 5G Networks combined with IoT.