How Data Security in the Manufacturing Industry Relies on Cloud Technologies

How Data Security in the Manufacturing Industry Relies on Cloud Technologies

The previous blogs in this series addressed issues related to paper, or the lack of digital solutions that are the reality of most machine shops today. We covered real-time visibility into job shop assignments, digital workflows and central data repositories, as well as digital collaboration processes.

We outlined the requirements for digital solutions for machine shops that can drive efficiency, margin, and customer satisfaction. In this blog, we look at how those digital solutions are best delivered to the machine shop environment, namely a movement to cloud manufacturing. We also discuss how today’s cloud-based technologies provide data security (aka cybersecurity), safeguarding critical information from any possible cyber-attacks. 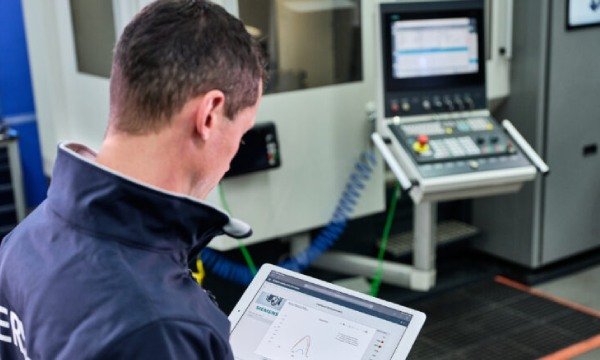 Recognizing the Lack of Data Security in the Manufacturing Industry

One of my earliest jobs was in the engineering department of a cold heading plant. I was studying to be a design engineer at the time, but wasn’t even considered an engineer or designer yet. My official title was Draftsman, a throwback to the earlier days of design when it was still done with pencils and paper. Truth be told, even Draftsman was a bit lofty for what I really did, which was making dozens of prints at the copy machine, distributing them around the plant, and filing away the originals. My real title should have been Office Boy or the like.

Even still, I did gain some good industry experience by just being there and making observations. One such learning moment was when I was shown the company file server room. “Room” was rather generous, as it seemed more like an oversized closet. The servers stored large amounts of company data, much of it from the engineering department. We had a huge amount of standard product designs recorded on CAD files, each with its own set of dies also designed in CAD. These files were the lifeblood of the company’s assets. They contained all the process information required to create their products. It stands to reason that their safety and security were important.

That’s why the file server room had its own independent measures for safety and security. The room was accessible only to authorized personnel. What amazed me was that the room had its own climate control and alarm system to notify the head of IT in case anything went wrong. If the temperature became dangerous for the servers, the head of IT would get notified by the system, anywhere at any time. He had to immediately head to the plant to somehow fix the problem. In today’s digital era, we wouldn’t have to worry about having a server room, maintaining the room’s temperature or having an IT team on standby. Nowadays, cloud manufacturing software would replace these outdated and manual tasks. Instead, manufacturers would use leading providers of cloud infrastructure such as Amazon, Microsoft, and Google in tandem with their powerful cloud manufacturing solution.

Back then, the elaborate “server room” system was new and surprising to me, but today it just seems standard. Data is now the commodity that runs much of our lives, both business and personal, and the safety and security of this data is often on our minds.

With an ever-growing amount of data to manage, standard security for manufacturing has evolved. We no longer think of securing our data in a single, local room. Beyond design files, our quotes, orders, jobs, labels – all our assets are becoming digital. As we evolve to digital solutions and cloud manufacturing, even more of our mission-critical support must be protected and secured. That is why a comprehensive approach to data security in the manufacturing industry is so important.

Throughout this blog series, I’ve laid out the requirements for the machine shop’s digital transformation. As more job shops conduct their business digitally, it is critical that managers have security measures in place that inform how to safely operate and effectively safeguard customer data.

So, how do we create that type of solution? By tailoring it specifically to the needs of the small- to medium- machine shop environment. Discover more about Siemen’s solutions for today’s machine shops.