Designed to work with multiple source and target systems.

AWS  is a managed cloud platform.

How Rule of Mixtures is Killing Your Composite Design

What is considered a “composite” is always changing. Just as there is no single definition, there is also no single analytical method that can safely predict their dynamic behavior. Just as you cannot obtain ideal performance by using a single material throughout an entire car, you can’t expect to use a single analytical method to predict the behavior of all composites.

Rule of Mixtures is probably the most known and widespread method of estimating composite properties. Its notoriety in composite design circles is also its main problem: Rule of Mixtures has been overused and applied to cases that do not even come close to respecting its original, simplifying assumptions. If you wish to trust your analysis, it is essential to find out when it is okay, and (more importantly) not okay to use Rule of Mixtures. This article will describe what this rule really says and will show some consequences of abusing this “rule of thumb” for composite behavior.

What is Rule of Mixtures?

The Rule of Mixtures is actually composed of two models: Voigt, W. (1889) and Reuss, A. (1929). The first model is normally applied to calculate elastic modulus on the fiber direction, while the second one is used for estimations on the transverse direction. The common assumption in both models is that a composite microstructure is approximated like this:

So if your composite microstructure is always exactly like those two “blocks,” then Rule of Mixtures is a great option for you, and you don’t even need to bother reading the rest of this post.

However, we all know most composites don’t look like this. Even continuous fiber composites, whose properties are often estimated using Rule of Mixtures, have a different type of microstructure. But this isn’t just about “the looks.” The geometric assumptions affect how the local field variables are estimated. Therefore, using the wrong geometry, even for “similar” composites such as continuous fibers, can bring errors to local stress/strain fields and consequently affect their properties and failure predictions.

Why doesn’t it work?

It doesn’t matter how sophisticated your failure model is. Your results will still be inaccurate because their inputs – the local fields – were based on incorrect initial assumptions. It is like building a fancy house on top of a weak foundation – it is a waste of time and money.

So let’s understand the root of these inaccuracies.

In the first model, the assumption is that under uniaxial tension, the strains on the fibers and resins are the same, while the stresses are proportional to each constituent’s moduli. That is not quite true, but luckily, fiber mechanical properties are normally one order of magnitude larger than resin properties. Therefore, it is common for the axial direction response to be fiber-dominated with the influence of resin being quite small. Under those circumstances, the experimental results show acceptable agreement with the first model equation.

This explains why Rule of Mixtures can still be reasonably applied in practice to axial response of continuous fibers despite the geometric inaccuracies of the model, even for this given composite. However, the bigger problem lies in the prediction of transverse direction properties, as we discuss below.

In the second model, the extra assumption is reversed: the stresses on the fibers and the resin are the same, while strains are now inversely proportional to each constituent’s moduli. However, this time you can’t count luck, as this model is much more inaccurate than the first one. This is partially because the fibers will “protect” portions of the resin from stress while causing other resin areas to be over-stressed, as seen in the below image of the fringe patterns of microscale stress distribution.

So much for equivalent stresses among constituents – the stresses are not constant, not even throughout the same constituent! But the consequences of that go beyond simply predicting wrong moduli.

So what? You can always overdesign, right? Wrong!

The problem with overdesigning

In an ever-competitive market, overdesign is each day more the last resort. In fact, with tight margins and increasing competition, small amounts of overdesign can mean the difference between winning or losing a client for the competition. Sometimes, even the business feasibility of employing composites at all can be compromised because of overdesign. Not surprisingly, as the cost of overdesign can be quite high.

The solution to this problem isn’t simply switching to a more sophisticated analytical method. Again, composites are always changing and no single, or even a collection of, analytical methods will help predict their dynamic behavior. 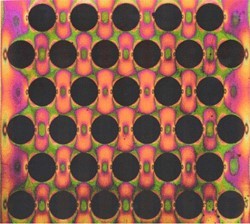 If you have any questions about Simcenter please visit our website at www.prolim.com or send us an email to market@prolim.com