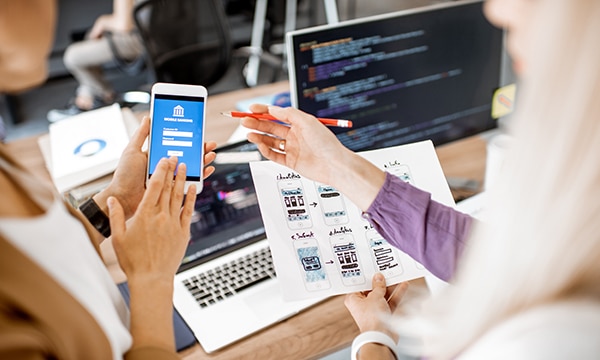 Native Mobile Apps offer greater security and low-level device integrations that are not possible in all web-based applications. Besides, web-based applications need to be modified with an added effort to make them responsive to fit them aesthetically into all form factors like Desktop, Tablet, and Smartphone. With Mendix Native Mobile components and Native Mobile profile, the UX automatically fits into the smartphone form factor without any additional work. A wonderful use case on this is, IKEA noticed the customers were hesitant to buy furniture online in their Mobile App and to increase the customer engagement, IKEA redesigned the Mobile app to support Augmented Reality (AR).

So the customers can scan their room layout and virtually place different furniture to see how it fits and matches with the surroundings in real-time. This is not directly possible on a Web-based application and very simple to accomplish on a native mobile app by tapping into the Camera and AR sensors of the smartphone.