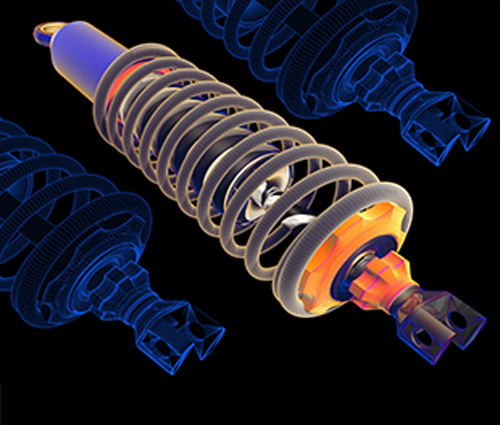 Defining the minimum system requirements is difficult because key requirements, most notably memory, can vary dramatically from user to user.
The following are general guidelines that you should consider before purchasing a system.

Symmetric Multiprocessing (SMP) is supported in NX mostly via Parasolid, although a small number of NX capabilities have some threading. In general, it is not possible to quote a figure for the general performance improvement achieved by using SMP, since this improvement depends on the nature of the operations you are performing. You need to evaluate your actual performance gains using your own models. Functional areas that are SMP enabled in Parasolid include:

SMP is enabled by default with the variable UGII_SMP_ENABLE, which is located in the ugii_env_ug.dat file.

Multi-core technology is complex and, depending on the configuration, can actually have a negative impact on performance. This is due to the potential conflict of multiple cores sharing system resources, such as cache, memory, and bus bandwidth, as well the need for the system to manage and control an increasing number of cores. Increasing the number of cores does not always translate into better performance. Although additional cores can improve NX performance, processor speed is still a vital measurement of NX performance.

Many systems enable you to turn off cores via the bios, which can enable you to compare performance with a different number of cores that are active. Some users may find that turning off some cores will actually improve performance. One micro-architecture (Intel) even does this automatically, shutting down unused cores and increasing the clock speed of the others.

The hardware vendors continue to improve their processor micro-architectures to better address the limitations of older multi-core technologies. New subsystems better integrate memory and other peripherals directly to the processors, resulting in major performance improvements. Buses are being eliminated, cores are better managed, and channel speeds continue to improve.

For Windows 10, the minimum amount of memory is 4 GB, but we recommend 8 GB or 16 GB of memory as a starting point. Large models and assemblies or running multiple processes concurrently could boost the required memory for adequate performance.

Siemens PLM Software supports multi-monitors but with limitations. These limitations were necessary due to the large number of possible configurations. Other combinations may work, but these conditions are tested and supported by Siemens PLM Software. These guidelines could be extended or relaxed in the future.

The following is a summary of findings for the support of multiple monitors.