If you make products that have moving parts, chances are you want to see them in action. You may also need to know kinematic properties, such as displacements, velocities, accelerations, and even collisions.

Animation Designer in NX CAD will do just that.

The NX Animation Designer will allow you to:

Below, you can see a sample of what the Animation Designer tab looks like.

The assembly use in the sample below already has built-in assembly constraints.

If you went in and moved parts, like in a typical NX Assembly, you’d be able to rotate the crank shaft and make the piston move up and down.

Based on this, the Animation Designer will create the necessary Rigid Groups, Joints, Couplers, and Motors. You can see what each of these are, listed off to the left on your screen. 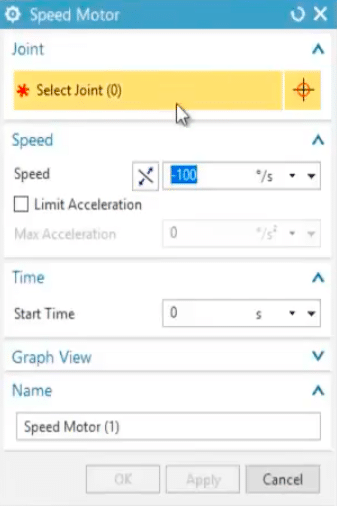 With this command, you can grab specific joints (see image below for the arrows that indicate motion) and determine the speed. This will apply a motor to a particular joint. All you have to do, then, is press Play and watch the movement. 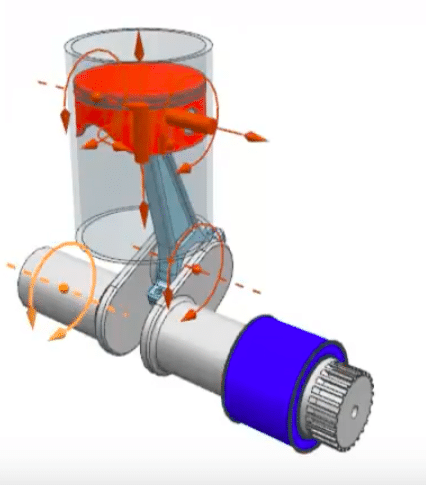 If you enter a negative value for the speed, you can reverse the direction of the movement.

If you have an assembly without assembly constraints (you haven’t used the Joints from Assembly Constraints command), you can use the Joint command (window pictured below) to select the joint types. 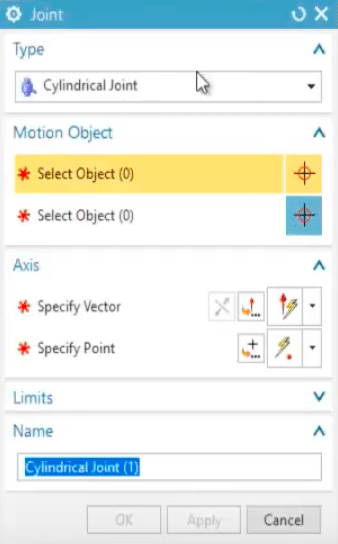 Want to watch NX Animation Designer in action? Take a look at this video.

Interested in learning more about NX CAD? We offer NX CAD Training classes, and you can peruse our library of NX CAD videos on YouTube.