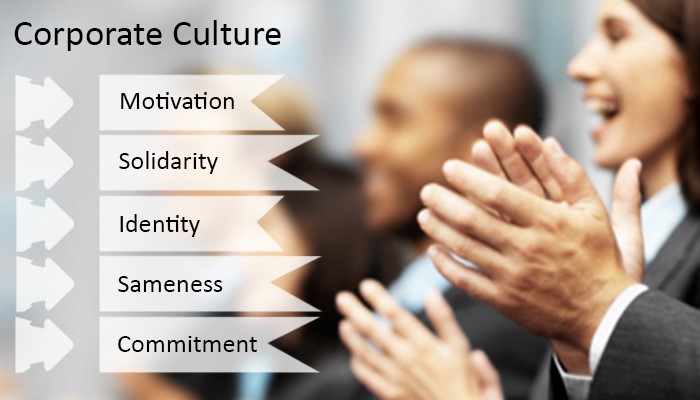 We often wonder why is it that a lot of times it is the same companies that appear repeatedly on lists of the best places to work, the best providers of customer service, and at the same time the most profitable in their industries? The answer is simple. It lies in the ways they have conducted their business in the past years or in other words, it is the organization culture that they have embraced and endorsed that set them higher than their competitors. There is a pattern in the actions and activities involved in developing strong cultures.

Leadership is critical in setting up and maintaining an organizational purpose, values, and vision. Leaders set the example by living the elements of culture: values, behaviors, attitude etc. Values are meaningless without the other elements. Like anything worthwhile, culture is something in which you invest. Once culture is established and accepted, it becomes a strong leadership tool to communicate the leader’s beliefs and values to organizational members and especially new hires. When leaders promote ethical culture, they become successful in maintaining organizational growth, the good services demanded by the society, the ability to address problems before they become disasters and consequently are competitive against rivals. An organization’s norms and values aren’t formed through speeches but through actions and team learning.

Employees at all levels in an organization notice and validate the elements of culture. They scrutinize every management decision to hire, reward, promote, and fire colleagues. Organizations with clearly stated culture enjoy certain people and cost advantages for many reasons.

High-performing organizations periodically revisit and reaffirm their core values and associated behaviors. Further, they often endorse some kind of initiative that requires constant benchmarking and searching for best practices both inside and outside the organization. When an organization consistently builds and reinforces such a culture, it creates a competitive edge that is hard to replicate and things like loss of curiosity, resistance to change, failure of leaders to reinforce desired behaviors, the breakdown of consistent communication do not come in their way.

At PROLIM, we believe Vision, Values, Practices, People are Common components of great cultures. We are still working to improve ourselves to become a high performing organization one day. What do you think are the reasons that high performing companies are often the great places to work for and at the same time recipients of customer appreciation?