Accelerating the speed of simulation

New automated mesh generation processes provide high-quality mesh with minimum effort by controlling the mesh without the need for parameters.  Being able to create a simulation mesh right on top of an existing mesh body truly sets Solid Edge apart. There is no reverse engineering, or other complex procedure required. The Body Mesh option, a new Siemens mesh technology, simplifies and improves the tetrahedral mesh for complex parts with intricate bodies and automatically cleans up small faces and edges. Mesh models can be validated using results from a 3D scan or a generative study, providing confidence in your simulation results.

Solid Edge Simulation can calculate Hydrostatic Pressure loads in a linear static or coupled study. This can be used to determine the maximum and minimum pressure that is exerted by a fluid at equilibrium due to the effect of. This helps satisfy increasing demands for high performance and efficiency of hydraulic systems. 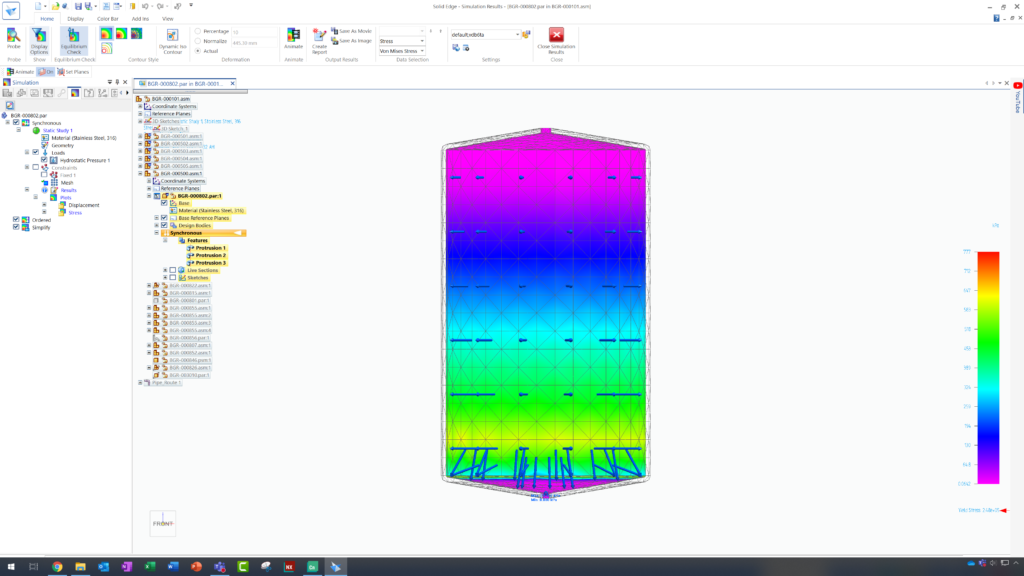 We’ve also added the ability to view Beam von-Mises stress plots for frame models. Factor of safety plots have been enhanced and are now based on the von-Mises stress, producing far more accurate results than the maximum combined stress results that were used previously. Rather than just adding stress levels, it assesses the complex stress factor of safety using formulas.

Beam modeling has been enhanced with automated beam creation for better model definition and manual rigid link support, providing the capability to specify the maximum rigid link length. The new automatic link creation now considers all cases where rigid links need to be created and only creates those that are needed for the study. We can adjust the connector option to specify a maximum rigid link length to automatically create links or we can use the Automatic link command which enables the model to be set up far more quickly. Digitally connected elements prevent unnecessary rigid elements at corners. 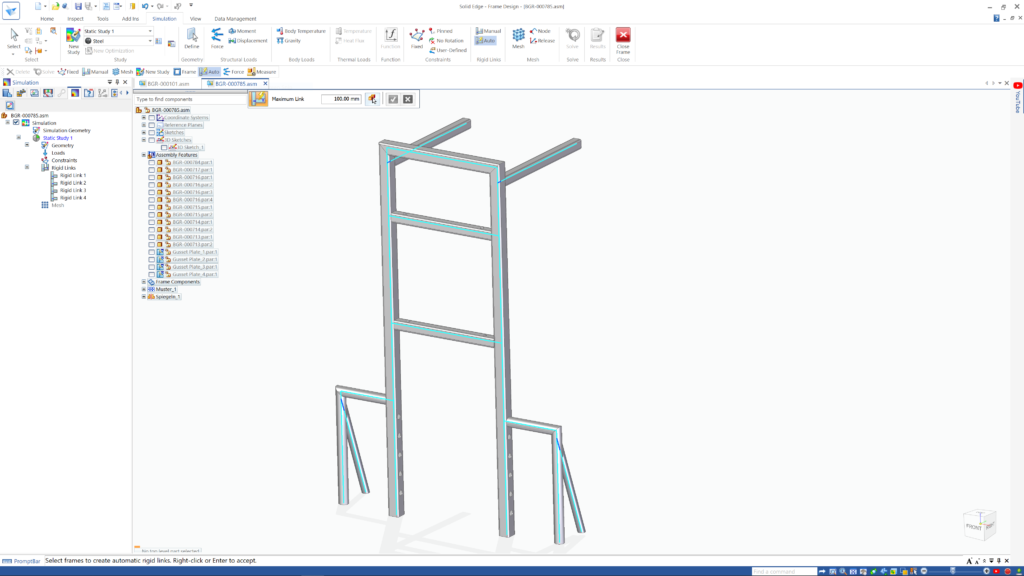